After his service, George married Mary R. Brittel (1844-1891) and had one child but did not live long. He died in 1867 and was buried in Fairview Cemetery, Crown Point Center, Essex county, New York.

This letter was written from the camp of the 93rd New York Regiment near Yorktown, Virginia. The regiment had previously embarked from Alexandria, Virginia, for the Virginia Peninsula on 30 March 1862.

Once more I take my pen in hand to let you know that your letter was happily received last night and I take delight in answering it. I cannot say this time that I am very well. My health is quite poor now but expect to get better soon.

We are now in Virginia where the water makes a good many sick ones. We are in a very short distance of the rebels now and our orders are to be ready to turn out at a moment’s warning. We expected to be called out for a fight last Wednesday. The rebels started to land her troops on our side of the river but thinking that they might have a nice time of it, they backed out as usual. We heard a heavy battle a few days ago at Yorktown. We could hear the cannon as plain as day.

Tell Smith that I got them gloves. I shall have to close as I don’t feel able to write anymore this time. I sent 45 dollars home to father. Please let me know whether he got it all or not. I don’t think that you could get a cake of sugar to me very well as it would have so far to come. Someone would eat it up. Please write soon and direct the same as you did before.

This from your ever true brother, — G. S. Lamos 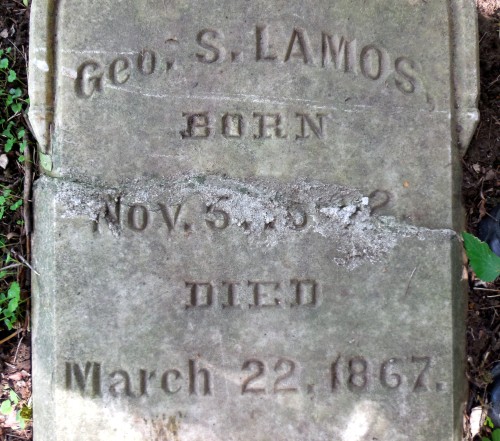